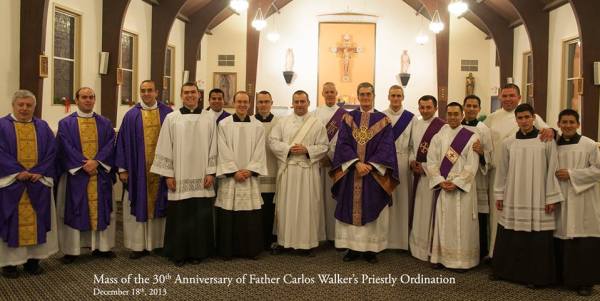 From the 10th to 23rd of past December, I was in the United States. I visited the IVE communities in Wauchula (Florida), Brooklyn, Harlem and Bronx (New York), Philadelphia (Pennsylvania), and the Major Seminary in Washington, DC. In the last mentioned, I celebrated along with the major seminarians, novices and their respective superiors my 30 years of priestly ordination (December 18). In addition, I visited the Servants of the Lord in Florida, Washington DC, and the Contemplative Monastery in Brooklyn, NY.

I appreciate the hospitality and charity with which I was received by Fr. Daniel Mentesana and by the priests and sisters of the Province of the Immaculate Conception.